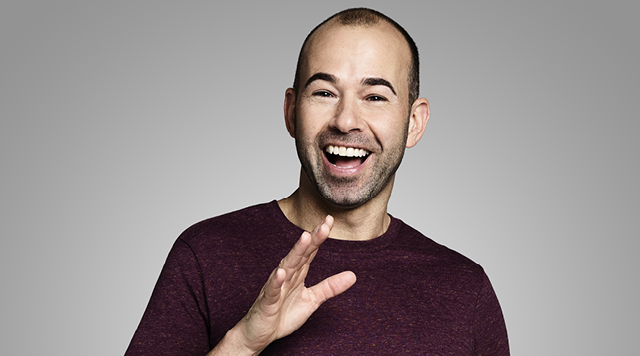 October 21, 2022 • 7:30pm Event Center Tickets from $35-$42 James Murray Website (Opens in a new window) Buy Tickets(Opens in a new window)
JAMES MURRAY
October 21, 2022
7:30 pm
Seated show
$35-$42
James Murray is an American comedian and actor who came to fame as a founding member of the comedy group named ‘The Tenderloins.’ His group became known for their TV show ‘Impractical Jokers’ on TruTV. The show, which features the members of the troupe doing public pranks, has been well-received by the viewers as well as the critics. As an actor, he has appeared in a few movies such as ‘My Brother the Time Traveler’ (also known as ‘Christmas Time’). The film revolves around two estranged brothers who reconnect at Christmas, but one of them can’t get past the fact that he thinks the other is a time traveler. Murray had a guest role in ‘12 Monkeys,’ a sci-fi mystery drama series that was based on the well-known 1995 film of the same name.
Cost:
Tickets from $35-$42 plus taxes and convenience fees

Must be 21. Show subject to change or cancellation.