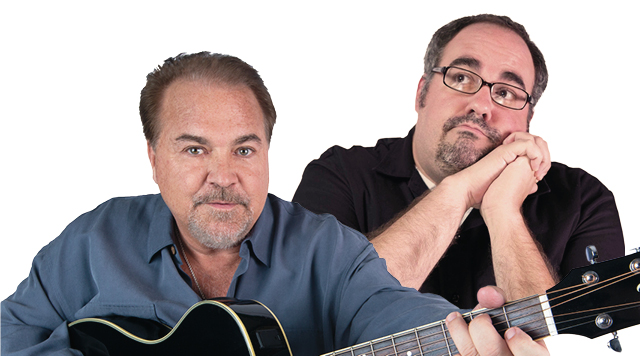 Saturday, October 23 | 7:30pm
October 23, 2021 • 7:30pm Event Center Buy Tickets(Opens in a new window)
From the nationally syndicated The BOB & TOM Show and now you can see JOSH ARNOLD and PAT GODWIN live on Diamond Jo's stage October 23rd! Some of the funniest live comedians in the business will be completely in the moment on stage, while weaving in and out of original songs and improvised material and bits.

Spend some time with America’s, like, seventh favorite “sidekick” — BOB & TOM Show co-host and stand-up comedian Josh Arnold. As heard every morning on the BOB & TOM Show and weekly on That Josh Arnold Podcast, he is now bringing his LIVE show to you!

Pat Godwin is a clever and prolific comedy songwriter currently on the BOB & TOM Show. After working as a part of The Morning Zoo at WMMR in Philadelphia, he was a frequent guest and contributor to both Howard Stern’s radio and TV shows, appeared on NBC’s Last Comic Standing, and won this year’s top prize in The International Songwriting Competition in the Comedy/Novelty category!

Must be 21 or older. Acts and times subject to change. No smoking in the Event Center.